Following his arrival at Sharjah Art Museum, Sheikh Sultan and the attendants toured the festival galleries and listened to artists explain their displayed works of art. Islamic Arts Festival is hosting 43 exhibitions, showing 300 works by 36 artists from 17 countries.

‘Light’, this year’s theme of Islamic Arts Festival in Sharjah, aims to show the depth and importance of Islamic Arts by presenting a contemporary interpretation of the concept.Due to its serenity and aesthetics light has always been appreciated in Islamic tradition and arts; a true source of creativity as we can observe in architecture, painting, sculpture, pottery and calligraphy. The concept evokes two essential levels, form and content.

Highlights from the Opening 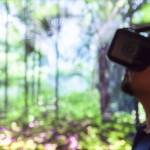 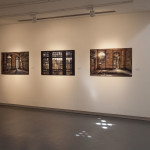 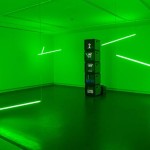 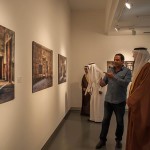 The Festival is a translation of Sharjah’s vision of supporting Islamic arts to new prospects to ensure their revival and presence among all generations. It also reflects the emirate’s keenness on taking care of the artistic heritage of the Islamic civilisation, which takes an important place among its fields of interest and priorities.  The programme contains a number of exhibitions, seminars and workshops, some of which will be supervised by international artists and also screenings of art-specialized films. The Festival is held under the patronage of His Highness Sheikh Dr. Sultan bin Mohammed Al Qasimi, Supreme Council Member and Ruler of Sharjah and organized by Department of Culture & Information, Sharjah.

Stay tuned; as we will continue to provide more coverage of the exhibitions from Islamic Arts Festival in Sharjah.