Documentation 1999
Slavery documents: Performance, photos, Mono-types, and installation
This project is a very first try for me to evaluate myself and the society surround me, I’ve created this art work during my workresidence in Saudi Arabia1999-2000 … Although, I needed this job to get money for my study expenses in germany, but I was very angry about the country and the inhumanity in it’s low, as a foreigner employee i need to take a written permission from my employer for any and everything! can’t travel, or even buy a car without permission! it’s one year of slavery with arguments I’ve collected some of the official permissions and some photos for me wearing a saudi clothes and some photos for other slaves-colleagues.this project is a documentations about my feelings about saudi at the time 1999-2000
In this project I was In this project I used my favorite hobby which is to blame myself, documenting my weakness and self-criticism before the criticism of others, I felt myself as a slave in a package I missed my human rights and freedom, In this performance i covered myself and some other employees with plastic to communicate that we became a blurry humans, and the plastic covered with stamps and shipping structures as if we are cargos ready for shipping. 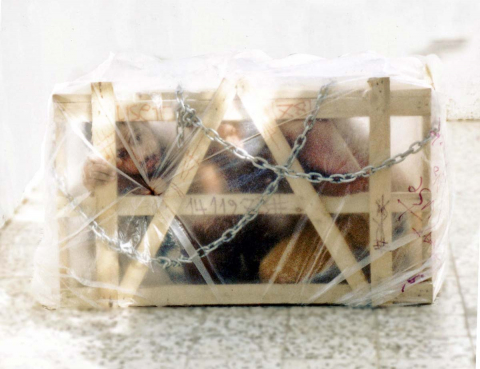 “Sameh Al-Tawil, for one, has produced a series of photographs entitled Slavery Documentary. At first glance they appear to depict the theme of slavery, but what they are really about is the notion of exile. The artist employs his own body as matrix, a many- sided visual symbol for expatriation and alienation. Exile in this very general sense intrudes on the most basic and intimate aspects of life; and the artist draws on his own experience in Saudi-Arabia and Europe to explore and articulate this process, making extensive use of the technique of photo-collage. In one work — a sort of fake ID card — the artist appears disguised as a Saudi citizen, with a series of different finger prints emblazoned on a different part of the surface, and X-rays of the human body lining its sides. El-Tawil, who began to contribute to local exhibitions at the age of 19 and has since received many awards and collaborated with German artist Bruno Wank, is currently studying at the Munich Academy of Fine Arts. He feels that art in Middle East can no longer afford to be apolitical but insists that “we have to find forms of expression other than the intriguing image, which has lost much of its substance. Making pain visible,” by contrast, “will set emotions free.”
http://weekly.ahram.org.eg/2003/636/cu4.html 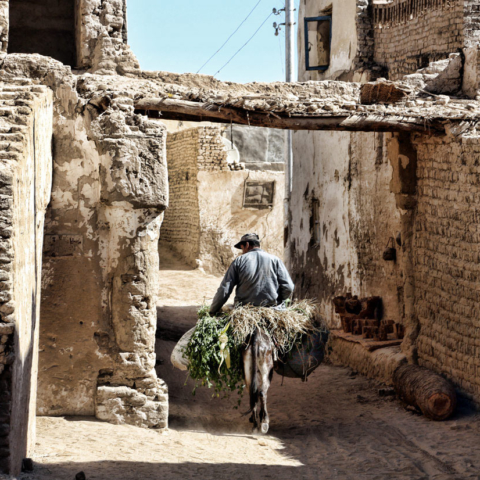 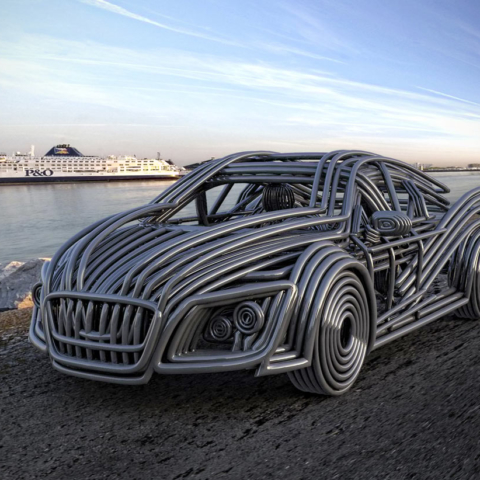